Most of us write for the process; to learn about ourselves and the world around us.  With that mentality in mind, the process is enough. However, a thrilling bonus is to have your writing out in the big bright world for others to experience and hopefully learn something as well. A collective process can certainly shed more light than a scattered array of island writers.  Here are some local opportunities to get your work out there so we can all commune with words.

hosting their Inaugural chapbook contest. The reading period is from March 1- May 1                 2014. One winning manuscript announced July 1st (2014).  Details at  http://twoofcupspress.wordpress.com/chapbookcontest/

These are current and upcoming deadlines. I will try to keep up to date with these as they arise.

If you missed Seth Johnson’s reading at Carmichael’s this past friday, you’re in luck. He will be appearing this Thursday on Keep Louisville Literary radio hour with Brandon Stettenbenze at 1pm.  He sold every last copy that Carmichael’s had on hand. This is a great problem for an emerging writer’s debut release of short stories.

“I explored and wrote and rewrote. Eventually, the collection presented its glue, its seduction, the frightening blood-orange gem: functional people are capable of horrible things. ” Seth on process and theme.   http://thestoryprize.blogspot.com/2013/11/seth-johnson-and-anti-story.html

I know Brandon has mentioned that Keep Louisville Literary is changing hands, but I wanted to post a greetings and salutations.  John Beechem and I will be taking over all of the social networking/media outlets for Keep Louisville Literary and would like to thank Brandon for founding such a fantastic and concise forum for keeping tabs on all things literary in the area. We hope to uphold the standard that Brandon has set in place, and are excited for the upcoming months for KLL on artxFM.com.  Brandon will be hosting Trevor DeCuir on February 27, 1pm, artxfm.com.

I have just gained access to this blog, and posted my very first tweet as of yesterday.  It takes some craft to fit an hour long show summation in 140 characters.  If you do not already follow on twitter, you can @keeploulit. The same abbreviation applies to instagram.  I have a learning curve to battle with mixcloud for archived shows, but we do plan to have them all posted in the future (including backlogs.)

John and I plan to get on-site interviews at events such as the ones held at UofL, Spalding, IU southeast, InKY, writers block, etc. not to mention the upcoming Gonzofest.  We hope to incorporate the theatre scene of Louisville by having actors come to the studio and read scripts on air. And we hope to keep a running dialogue between writers and readers.  Keep in touch, keep following, and keep Louisville literary!

Join me Thursday for brief Q&A and a gnarly journey via Kyle Thompson’s mad-science of language where prose and poetry clash and couple to create joy/fury/mystery! Kyle will also perform the following day, Friday 2/14 (V-DAY KIDDOS!) at the InKY reading series 7pm at The Bard’s Town restaurant and theater (1801 Bardstown Rd. Louisville, KY 40205)

As always, tune in for local literary culture Thursdays @ 1pm on www.artxfm.com 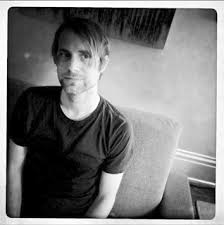 Kyle is an author of short fiction and poetry. He has published in AGNI, Seneca Review, Hotel Amerika, Antioch Review, Quarterly West, [PANK], Indiana Review and elsewhere. Kyle has also taught at UofL and previously held the Axton Fellowship position there. [click links for work by Kyle]

Error: Twitter did not respond. Please wait a few minutes and refresh this page.